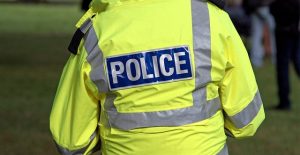 Researchers have provided early evidence for a new method that could help forensic scientists determine time of death more accurately in criminal investigations.

The team found that the levels of certain molecules in organs such as the heart, kidney and liver in mice change in particular patterns after death.

These patterns could one day be used by forensic investigators to work out more accurately when someone died, according to the researchers.

The study, led by Dr Marina Mora-Ortiz, Research Associate in the Department of Twin Research & Genetic Epidemiology of King’s College London, was published today in Metabolomics.

Why did they do this research?

Although rare, it’s not always possible to work out when exactly someone has died.

Forensic scientists for example working on criminal investigations have to rely on a number of different physical tests and checks to estimate time of death.

In 2016, researchers were surprised to find that hundreds of genes actually increase their activity in the days after death.

Dr Mora-Ortiz and her colleagues therefore decided to see whether there are also changes in the levels of certain molecules involved in metabolism – known as metabolites –  in the body after death.

The team studied the heart, kidney, liver, spleen, skin and fat of 10 mice at three different time points after death, up to 24 hours.

The researchers used a powerful technique known as NMR spectroscopy to determine the levels of certain metabolites in each of these body parts.

The spleen, heart and kidneys had the most changes in metabolite levels over the 24-hour period.

The liver and skin however were less affected, which suggests that these organs are more resistant to degradation after death.

These results are early evidence that the NMR spectroscopy technique could be used to help analyse changes in organs after death, and one day help forensics teams in their investigations.

In the future, doctors could also use this method to check the quality of donated organs in more detail, and so improve outcomes for transplant recipients.

“We think NMR metabolomics has a great potential to study post-mortem changes, but we need further studies to complete the whole picture and understand what is happening beyond the first 24 hours.

“This proof-of concept work opens the doors to a new field of research, Thanatometabolomics, that could be employed – paradoxically – to improve the lives of people.”

What’s the next step?

As this work was carried out in mice, the next step will be to see if the same method can accurately capture changes in metabolites and time of death in humans.

27th April 2020 Genes are 50% responsible for the presentation of key symptoms of COVID-19 including fever, fatigue and loss...

COVID-19: helping those at-risk, together