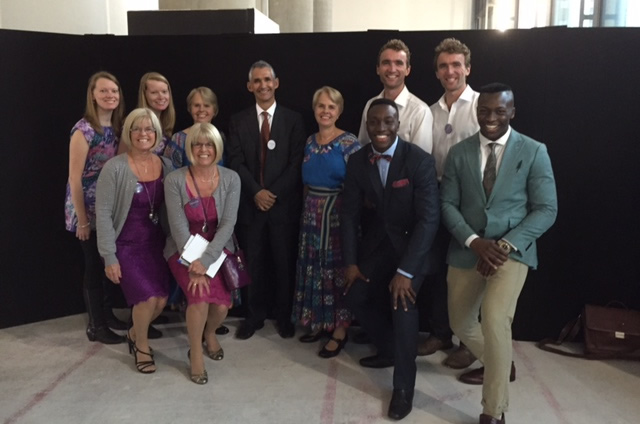 The Department of Twin Research (DTR), King’s College London were delighted to have been asked to take part in the 2014 Evening Standard Power 1000 party on October 16th, with five sets of identical twins engaged in interactive fun science with influential party-goers.

The party was sponsored by the Wellcome Trust (also a sponsor of DTR research projects), the Gates Foundation and the Francis Crick Institute. The party launched the Evening Standard’s annual list of ‘most influential Londoners’ who make London one of the world’s creative and cultural centres, drawn from all sectors and walks of London life – from finance, science, technology, media and politics. The party was held in the grounds of the Francis Crick Institute near St Pancras Station which will be a powerhouse of medical research and Europe’s biggest biomedical facility.

To honour the opening of this landmark biomedical facility, the 2014 power 1000 party focused on London’s contribution to science, medicine and global humanitarism. Renowned scientist Professor Stephen Hawking, author of A Brief History of Time was star guest at the event and confirmed that “Scientific research is a global co-operation but London is a leading centre.” Other influential Londoners included Chancellor George Osborne (who was voted most influential Londoner of 2014), Mayor Boris Johnson and Nobel Prize-winning scientists Sir Paul Nurse (director of the Crick Institute) who won the Nobel prize for his role in discovering the proteins that control cell division and Professor John O’Keefe who won the Nobel prize for the discovery of cells in the brain that act as our “internal GPS”. In addition, Microsoft co-founder Bill Gates addressed the audience by video.

The DTR under the directorship of Professor Tim Spector was invited by the Francis Crick Institute to take part in the evening in order to help showcase important and successful Wellcome-funded genetic and ageing projects and to help demonstrate the power of twin research and how these projects have helped scientific and medical advancement, especially in the emerging field of epigenetics. The DTR had previously worked with the Francis Crick Institute at a number of public engagement events, inspiring the public about the importance of biomedical research, and were delighted to have been offered the chance to take part in the “1000 party”.

As party-goers walked into the event, they were met by Professor Spector’s dulcet tones as snippets of epigenetics ‘conversation’ drafted through the speakers whilst acrobatic performers formed identical and then different movements in “Switch”- a new aerial commission inspired by epigenetics, supported by the Wellcome Trust and created by Metta Theatre.

The party-goers were also treated to the beautiful sound of two Paraguayan harps, as Rosemary and Margaret played in perfect harmony and symmetry, being identical mirror twins.

Throughout the evening identical twins, who are members of TwinsUK and have taken part in health-related research, interacted with party-goers through the use of clever and engaging science activities inspired by real-time research, resulting in interesting conversations about the value and progress of biomedical and genetic research. For example, party-goers were asked to flex their muscles, gripping on to our grip-strength machine whilst competing against each other. They were very surprised, and a little disconcerted to learn that grip strength is 50% heritable! Likewise their efforts on a Pilates wobble cushion to demonstrate the role balance plays in ageing were very impressive – especially after a drink or two. Unfortunately alcohol did not dull the cold of our ice-pain test, which demonstrated that pain is definitely NOT all in the mind and has a strong genetic basis. Similar tests conducted at the DTR have revealed new pathways associated with pain. Party goers were also surprised by frank conversations with identical twin volunteers about longevity where they discovered that, all things being equal, an identical twin who smokes may live ten years less than the twin who doesn’t smoke. 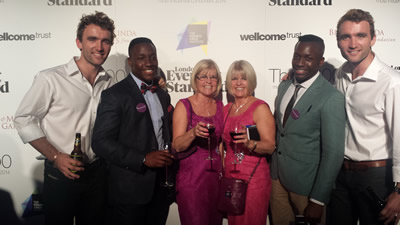 The DTR is very grateful to the twin volunteers – Margaret, Rose, Hugo, Ross, Daniel, Raphael, Jo, Diane, Wendy, and Katie – who did a fabulous job entertaining and talking to the guests; to Simon Watt , a freelance Science communicator who helped develop some of the science activities, and to Sarah Punshon who oversaw our involvement in the evening on behalf of the Wellcome Trust, and who also helped us create and perfect our science activities. Finally we are enormously grateful to the Wellcome Trust and the Francis Crick Institute for giving us the opportunity to showcase our research at such a fun and inspiring evening.

Can the immune system recover from the effects of smoking?

15th March 2021 – by Paz García The immune system of quitters is almost completely restored to a healthy state,...

11th March 2021 The genetics of human eye colour is much more complex than previously thought, according to a new...

22nd February 2021 TwinsUK will be joining forces with other cohort studies across the UK to study Long COVID through...