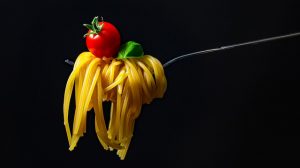 What foods are best for us? People, scientists and doctors alike have been asking this question for centuries.

Today, we moved one step closer to finding the answer as the first results from the largest scientific nutrition study of its kind were announced.

The verdict: no two people’s responses to individual foods are the same – even between identical twins.

These findings demonstrate that one-size-fits-all dietary guidelines are too simplistic, and that a personalised approach to nutrition is likely to provide better long-term health benefits.

The study, which included more than 1,000 participants, was carried out by an international team led by researchers from King’s College London, Massachusetts General Hospital and nutritional science company ZOE.

Professor Tim Spector, Professor of Genetic Epidemiology at King’s College London and lead researcher on the study explained its significance:

“The sheer scale and detail of our scientific project is such that for the first time we can explore tremendously rich nutrition data at the level of an individual. Our results surprisingly show that we are all different in our response to such a basic input as food. It was a real shock to see that even identical twins have such different responses.”

The results were announced today at two prestigious international conferences.

Why did they do this research?

King’s College London is the home of TwinsUK, a long-running study looking at health and lifestyle in over 14,000 twins, led by Professor Spector.

He noticed that identical twins – who have identical genes – have very different food preferences and responses. This led him to team up with two technologists to create ZOE and set up a series of scientific studies along with King’s College London’s Department of Nutritional Sciences to look at personal responses to foods.

The company is now developing a home-based test and an app that can measure and make predictions about an individual’s nutritional responses, helping people choose the best foods for them to manage their weight and overall health.

“For most of us, the food we eat is the most important medicine we take. And yet we are all profoundly confused about what is good for us. We believe that combining science and machine learning can solve this, by understanding for the first time our individual responses to food.”

“We believe that everyone deserves to understand how they respond to food so that they can make confident decisions about what to eat and be in control of living a healthier and more enjoyable life.”

Participants had to eat certain set meals and log every single item of food or drink they had for two weeks.

The researchers analysed how blood levels of sugar, insulin and fat change in response to specific meals over two weeks, along with data on activity, sleep, hunger and gut bacteria.

The team found that there was a wide variation in blood responses to the same meals, which is only partly explained by genes.

The proportions of nutrients such as fat, proteins and carbohydrates listed on food labels explained less than 40% of the differences between individuals’ responses to meals with similar amounts of calories.

In addition, identical twins often had different responses to identical foods, and shared just 37% of their gut bacteria – only slightly higher than the 35% shared between two unrelated individuals.

These findings show how responses to food are highly individualised, and that nutritional advice needs to be tailored to each individual.

“For the first time, we’re expanding large-scale nutritional research beyond blood sugar. These findings show that the responses to food of a number of key metabolic markers – including triglycerides, insulin and blood sugar – are highly individualised. No one has been able to combine data on this scale before.”

In addition, the results suggest that personal differences in metabolism due to factors such as gut bacteria, meal timing and exercise are just as important as the nutritional composition of foods.

“It is reassuring that our genetic makeup only partially explains how our bodies respond to food. This underscores that our metabolism is not fixed – we have the power to change it. One exciting avenue is to tailor our diets to the bacteria in our gut that helps us metabolise nutrients.”

The team has now launched PREDICT 2, an expanded home-based study that is recruiting more than 1,000 participants across the US.

This will help ZOE to continue developing their technology to help people choose the best foods for them.

Find out more about the study results and the science behind them at joinzoe.com.

Can use of proton pump inhibitors increase your risk of fractures?

1st February 2023 – By Aaruthy Suthahar Researchers from TwinsUK have found that taking proton pump inhibitors is linked with...

How much of a boost do “booster” COVID-19 jabs give?

What does your X chromosome say about your risk of chronic disease?

22nd November 2022 – By Aaruthy Suthahar Your X chromosome contains clues as to whether or not you might develop...